Meltdown and Spectre Spawn New Round of Phishing Scams

The recent announcement of the vulnerabilities found in the Intel, ARM, and AMD processors has sparked a new phishing campaign – not the good kind of fishing with bait and largemouth bass. Although, these hackers are using a particular kind of bait. 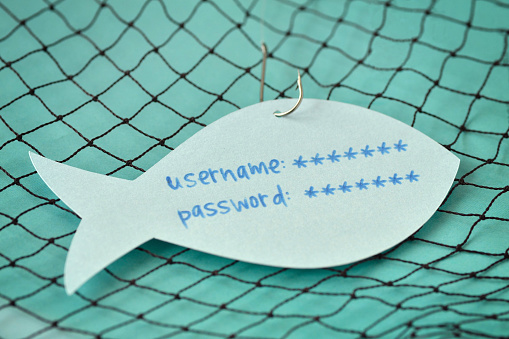 While Meltdown and Spectre require access to your system, hackers have various ways to gain access. Already hackers are using phishing emails to trick users into giving them access. They send out an email claiming to contain a patch for Meltdown or Spectre. Instead, the email installs malware on your system. This malware gives the hacker access to your system, allowing them to exploit the bugs and take the unprotected data.

Be wary of social engineering scams like phishing emails. Hackers are all too eager to take advantage of problems like this, and unfortunately, some people are so eager to fix the problem that they might not realize that the “patch” they just clicked on is now allowing a hacker to steal all their data.

Phishing is a hacking technique that “fishes” for victims by sending them deceptive emails. The “ph” replaces the “f” in homage to the first hackers, the “phone phreaks” from the 1960’s and 1970’s. Virtually anyone on the internet has seen a phishing attack. Phishing attacks are mass emails that request confidential information or credentials under pretenses, link to malicious websites or include malware as an attachment.

Many phishing sites look just like the sites that they are impersonating. Often, the only difference in many spoofed sites is slight, and easily missed difference in the URLs. Visitors can easily be manipulated into disclosing confidential information or credentials to the hacker if they can be induced to click the link. Even blacklisted phishing sites can often get by standard filters through the technique of time-bombing the URLs. Then the URL will lead to an innocent URL initially to get past the filters but then redirect to a malicious site.

Although malware is harder to get past filters, recently discovered and zero-day malware stands an excellent chance of getting through standard filters and being clicked on, especially if malware hides in a non-executable file such as a PDF or Office document. This is how many of the recent ransomware attacks were pulled off.

Now with Meltdown and Spectre looming over us, the average person is more susceptible to “quick fixes” and solutions to this issue.

Despite the lack of personalization, an astonishing 20% of recipients will click on basically anything that makes it to their inbox.

Spear phishing is an enhanced version of phishing that aims at specific employees of the targeted organization. The goal is usually to gain unauthorized access to networks, data, and applications. In contrast to the mass emailing of a phishing attack, which might see hundreds of attack messages sent out to random recipients within the space of a couple of hours, spear phishing is methodical and focused on a single recipient. Often the initial email will contain no URL or attachment. Instead, it will simply try to invoke the recipient into thinking that the sender is who they say they are. Only later on will the hacker request confidential credentials or information, or send a booby-trapped URL or attachment.

The additional customization and targeting of a spear phishing email, along with the lack of easily recognized blacklisted URLs or malware customization results in click-rates more than 50%!